We thank everyone for their ongoing support since we had to make the horrible announcement of the rhino poaching incident. As widely reported, the South African Police Service, Cape Nature, private investigator Wayne Stoltz and the entire Inverdoorn team have been working around the clock and arrests were made within a week of the incident.

The messages from the concerned public is appreciated and it motivates the teams to continue working the case, monitoring our rhino and care for the injured rhino.

We would like to update our followers on the surviving rhino with the following extract from Dr. Louis Greeff:

The cow had a wound between the left eye and ear. It was clearly a gunshot wound. It was a big calibre. She had swelling of her ventral neck area especially on the right hand side. Her right shoulder was also swollen. Right shoulder was very painful. The left zygomatic arch and auricular area was totally crushed and very sore on palpation. Cow had some discharge from her left nostril. There was a clear stress line at the base of the horn. This was because she used her mouth and horn to stabilize her when there was a proprioception deficit in the right front leg.

Cow was immediately placed on a double drip. One in each ear. 12l of ringers lactate was run into her. She received antibiotic cover and painkillers. She also received cortisone treatment. Furthermore she received vitamins. The wound was probed and the direction was clearly towards the right shoulder. The wound was flushed and medicine was injected into the wound. A lot of debris was expelled during this process. Stockholm Tar was put around the wound to protect it against flies and birds.

According to Dr Greeff he is very happy about her progress and proud of her strength throughout this very stressful time. 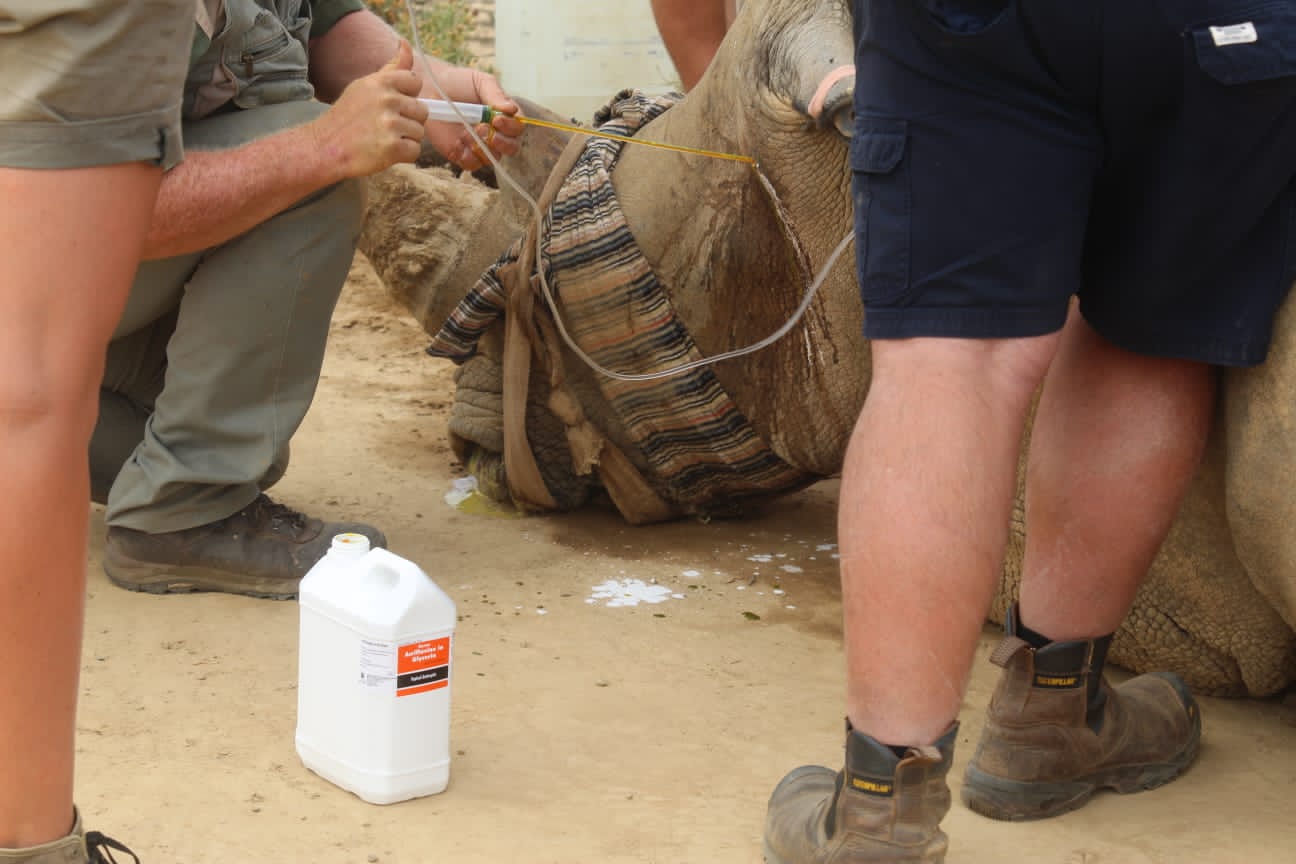 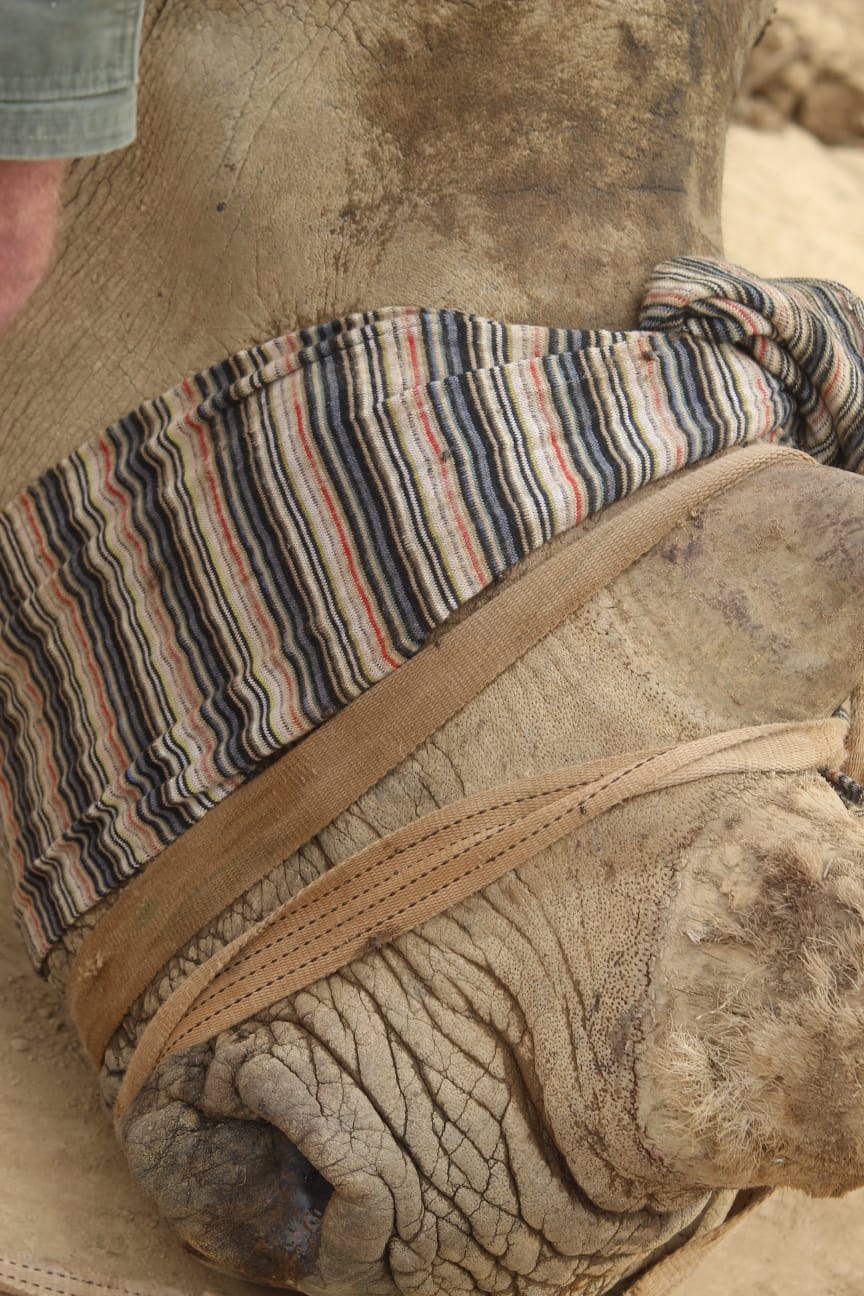 We thank the public who have sent hundreds of messages of support over the last few days. The Inverdoorn rhino poaching incident is very traumatic and the messages of support, together with the publics outcry and anger following this crime, is motivating our teams to continue with the work on hand, protecting our rhino and providing support to the injured rhino.

It is sad that it takes a horrific scene like last week Wednesday for the plight of these endangered animals to be pushed to news headlines.

Should you wish to support the ongoing work of our rhino programmes coordinated under www.SavingPrivateRhino.org, you are welcome to make a much appreciated donation via the Aquila Animal Rescue and Conservation Centre:

All proceeds will go directly to our internationally acclaimed projects.